It feels like the whole world is waiting on Kendrick Lamar’s next big move. Third studio album, 2015’s ‘To Pimp a Butterfly’, was a magnum opus of free jazz, modern soul and political intent. Most musicians wouldn’t dare try and match something of ‘TPAB’’s scale, but Kendrick is having a moment, and on the basis of ‘untitled unmastered.’, essentially a collection of offcuts that brought huge acclaim, the Compton rapper has plenty more to say. Not least when geo-political events get more life-altering by the day.

Kendrick hasn’t kept completely schtum about his fourth album. He’s appeared on several big-name collaborations, giving the odd hint at what to expect from his next work. And if his brand new track is to be believed, the album could be out as soon as April.

We’ve rounded up anything and everything we know about the new Kendrick Lamar record.

When is the new Kendrick Lamar album going to be released?

If comeback track ‘The Heart Part 4‘ is gospel, then Kendrick’s new album is coming out on April 7. The Trump-dissing song, which may or may not end up on an eventual full-length, finishes with the line: “Y’all got till April the 7th to get ya’ll shit together.”

On March 23, Kendrick gave the first hint that a big new release was imminent. Erasing everything from his Instagram account, Radiohead-style, he then posted a cryptic image with the Roman numerals “IV”. And accounting for 2011 debut ‘Section.80’, a new release would be his fourth full-length. We didn’t have any mad scientists on speed dial, but it doesn’t take a genius to work out “IV” = LP4. Kendrick season has begun. Last time round, four months spanned between the unveiling of lead single ‘i’ and the eventual release of ‘To Pimp a Butterfly’, but don’t rule out a surprise release / streaming exclusive. Interim release ‘untitled unmastered.’ came completely out of the blue.

What will the new Kendrick Lamar album sound like? 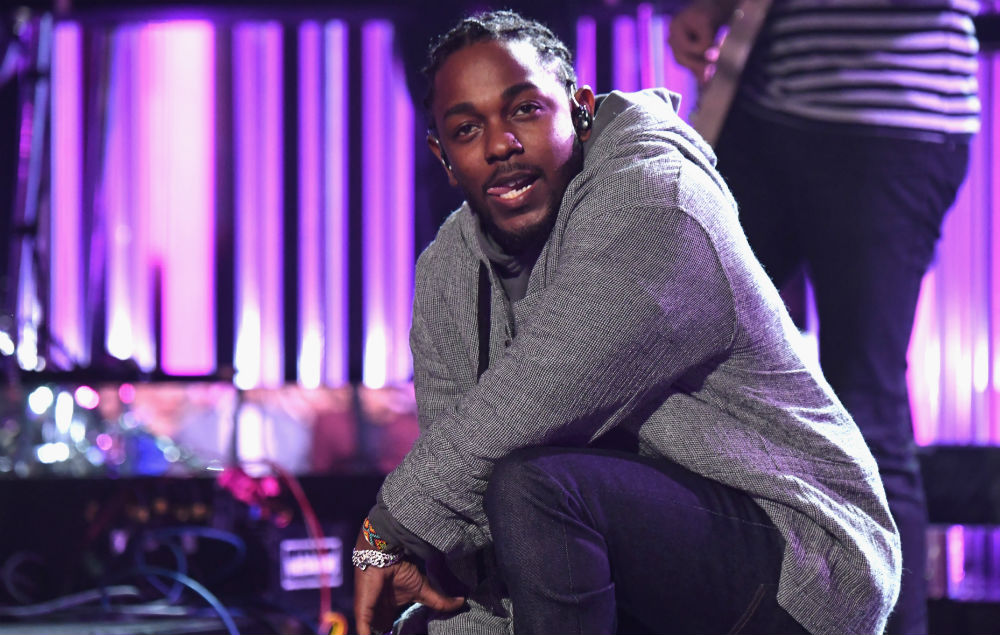 Lead single ‘Humble‘ sees Kendrick stepping into new territory. Mike Will Made-It’s simple, brash production gives nods to grime, while the rapper walks a tightrope between a radio-friendly chorus and beat-fuelled, uncompromising verses. Somehow, it sounds both familiar and unlike anything he’s done before.

‘The Heart Part 4′ is what Kendrick describes as his “left stroke” on ‘Humble’, suggesting it won’t appear on a full-length. But it remains an uncompromising, agitated beast, taking aim at Trump and if speculation is to be believed, Drake and Big Sean. But it might not necessarily be the strongest pointer of what to expect from a full-length. Timely, ultra-topical lyrics suggest it was recorded in the last couple of months, and it could be a means of raising excitement levels, rather than being an official lead single.

In a revealing March 2017 interview with New York Times, Kendrick claimed his next work would sound “very urgent”, perhaps in line with politically-motivated times. “I think now, how wayward things have gone within the past few months, my focus is ultimately going back to my community and the other communities around the world where they’re doing the groundwork,” he expanded. “‘To Pimp a Butterfly’ was addressing the problem. I’m in a space now where I’m not addressing the problem anymore. We’re in a time where we exclude one major component out of this whole thing called life: God. Nobody speaks on it because it’s almost in conflict with what’s going on in the world when you talk about politics and government and the system.”

Pre the US election and groundbreaking events that could have inspired this LP, he told The Guardian midway through touring his third album: “I know exactly what I want to say next.” He added: “Everything is going to make sense – not only to myself but to anybody who wants to understand life and music. Everything will make a little more sense.”

Back in October 2016, legendary producer Rick Rubin asked Kendrick what his next step would sound like, in conversation with GQ. “I have ideas and I have a certain approach, but I wanna see what it manifests to. I wanna put all the paint on the wall and see where it goes. Maybe you can help me with that.”

on the wall and see where it goes. Maybe you can help me with that.”

What has Kendrick Lamar been doing since ‘To Pimp a Butterfly’?

2016 saw the release of ‘untitled unmastered.’ a collection of rough-edged tracks and loose ideas named only by the date they were recorded on. Despite mostly being a bundle of songs from the ‘To Pimp a Butterfly’ sessions, the album went straight to the top of the US Billboard 200. Giving the release four stars, NME’s Larry Bartleet said: “What really emerges is Kendrick’s nuanced worldview: he knows he’s a big deal but resents his wealth and ego, and is constantly considering his standpoints on faith, police brutality and black America.”

The Weeknd asked Kendrick to provide a guest on his ‘Sidewalks’ track from last year. Speaking to Zane Lowe in a rare interview, Abel Tesfaye called his collaborator “a genius”, adding: “He’d walk around. He’d play the record over and over again. I played him songs, the ‘Starboy’ theme of course, which he incorporated into his verse. He would just walk around. We had food. He’s writing his verse in his head. He would go into his phone, look at it a few and then put it back and start walking around. He then at one point he went into the studio booth and I closed the door and I could hear him yelling his verse in his head. He was really committed, you can tell he put his all into it… It wasn’t just a random Kendrick Lamar verse, it was something special because again, I don’t like to say this all the time, but we’ve known each other for a while and it’s crazy how we started connecting on this record.”

There are also rumours of a potential collaborative album with J.Cole. Rapper Ab-Soul revealed the pair were working together while speaking on The Breakfast Club. Appearing on the radio show to promote his new album ‘DWTW’, presenter Charlemagne asked Ab-Soul if he has “a feature on the Kendrick/Cole album.” Ab-Soul responded by saying “I can’t speak on that. I wish I could.”

Charlemagne continued to press Ab-Soul, asking “how many songs” they might’ve recorded and when the album might be released. Ab-Soul eventually said “I don’t really know too much about it. I just hope they use my verse.” When Charlemagne asked again if there was a Kendrick/Cole album, Ab-Soul confirmed, saying “There is a Kendrick/Cole album. They got it. They got something in the works. They been working on that motherfucker for awhile.”

Is Kendrick Lamar touring this year?

Alongside Radiohead and Lady Gaga (previously Beyoncé before she was forced to cancel), Kendrick Lamar is headlining Coachella 2017 (April 14-15 & 20-21).

Read more: Coachella Line Up 2017: Everything you need to know

His only other confirmed show takes place May 5-7 where headlines Miami, Florida festival Rolling Loud. Other confirmed names include Future, Young Thug, Lil Wayne, Mac Miller and Tyler, the Creator.